When David Duffy first walked onto our set, my crew immediately nicknamed him, Yoda. Personally, the resemblance I could not see.

David is not diminutive in stature. Instead of a green pallor, his cheeks are rosy red. The man also has hair. But I do have to concede on one similarity between D and Y. The gentle, unforced wisdom; while Skywalker’s squat pal* is quick with the profound quips, David Duffy also speaks with a sage-like quality only his sentences hang around a little longer after having spent a century or two in the pages of a Jane Austen novel.

I met David when I attended one of his Humanist Society meetings in Chippendale, Sydney. He’s been convening these noisy, fantastically diverse gatherings since the 70s. And whatever the crowd’s doing, David can handle it. Political bickering? No problem. Raucous opinions flailing the hapless speaker who merely asked for questions? David’s got you. He’s like an impeccably mannered, jousting knight who can impale you with wit and a sharp phrase or two – only you wouldn’t feel a thing. Obviously, when we met, I knew immediately I wanted to hear his story, somehow, someway. Also, the man gives me vocab envy like no one I know.

So when L took her rightful place in front of the cameras and I joined her, I invited Mr Duffy to speak his truth on the show. And I wasn’t disappointed. Not only did his story reveal a lost love and a passion for humanity that goes beyond wanting to save it (!), I also learned a brand, new fabulous word – flaneur.

I’ll leave it up to David to define it for you during a conversation that has my teen son desperate to meet him over and above any of the other ‘stars’ L and I have hosted.

Needless to say, my family and I are Duffy fans. And in a world that continues to slavishly worship youth and glamour over wisdom and unaffected heart and smarts, this is one conversation that will stay with you long after you watch it.

So, to paraphrase a verdant alien…

Do watch or watch not. There is no maybe.

*My teenaged son / Star Wars geek of a child has just chastised me thus,  “A squat pal, Mama?!! He was an enlightened tutor who taught Luke Skywalker about the intricacies of the Force which the Jedi now takes for granted!” Like, I said, squat pal.

Strictly speaking, a random tweet isn’t how a friendship with Paul Mercurio should start… 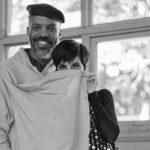 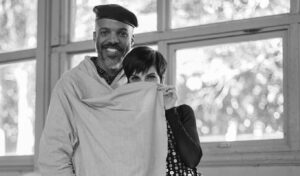 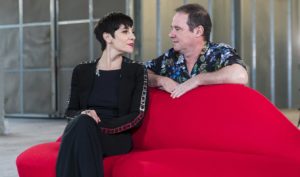 Strictly speaking, a random tweet isn’t how a friendship with Paul Mercurio should start… 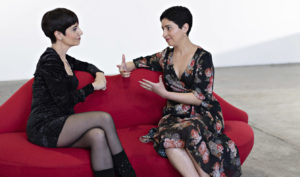 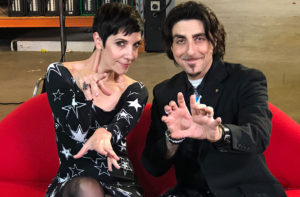 The gentle art of legerdemain.